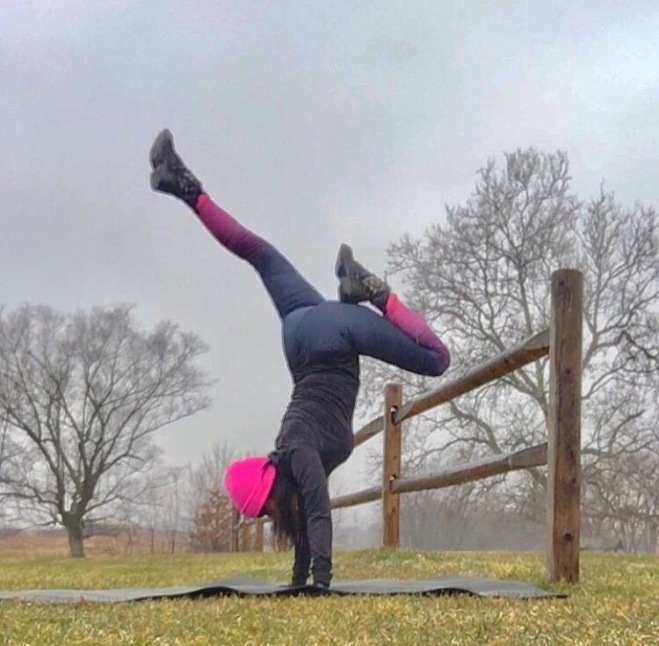 So my son hasn’t been feeling well the last couple of months. The scan in February showed he was Cancer free. When he was hospitalized in March, it showed the Cancer came back and spread to his Spleen & Lungs. He’s now on a different Cancer treatment to treat it more aggressively. Thankfully, my son takes everything with a grain of salt. He told me as long as he feels no pain he’ll be fine.

Over the last year I’ve learned a lot of difficult lessons, one lesson is trusting Gods plan even when the future seems uncertain. I prayed for my son to feel no fear & to feel no pain and I asked for strength for myself. So far I’ve been granted all these things.

I have faith that God will get us all through this. So far he’s done a really good job at keeping us strong. One day at a time is the phrase I’ve been living by these days.

“Faith is the only thing I know of that is stronger than fear.” 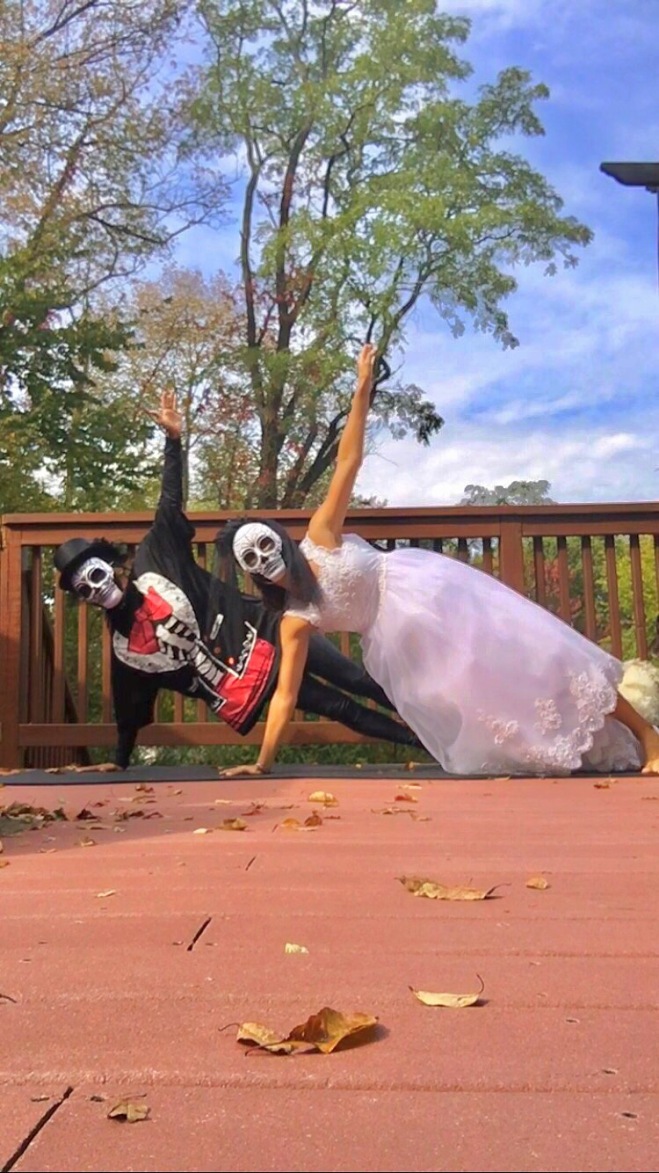 I had a conversation the other day with my husband recalling how growing up I always looked to my father for all the answers. He was my hero. He was the problem solver & always made everything okay again.

When my son was diagnosed with Cancer last April and I broke the news to my father… initially, he took it pretty well, as I expected him to. He wanted to come with me when I drove out of state to see my son & speak with the Doctor. When we found out how dire his situation was my fathers demeanor changed. Once we got back to the hotel and we were alone my father sobbed like I had never seen a man sob before. He was inconsolable, there was nothing I could say to him. He told me to just let him be, so I did.

My mind went into overdrive. I didn’t know what to do first but I hit the ground running. I called my husband & we made a laundry list of things to be done. We had to add him back on our insurance, get him back home to NY and get an appointment at Sloan Kettering ASAP! I didn’t have time to think about anything else. I was constantly on the phone either with my husband, Insurance Company, Sloan Kettering, Doctors or American Cancer Society (for support).

Long Story short, we got my son back to NY three weeks later with an appointment at Sloan Kettering. It’s been a year of bi-weekly doctor appointments, bi-monthly hospital stays & regular visiting nurse service at the house.

One day a few weeks ago, my father was over for dinner and we were talking about this crazy year long Cancer ride. My father looked at me & said “You’re my hero…I couldn’t have done everything you did”  He continued, “I wouldn’t know where to start”              He doesn’t even realize he was my role model.

It was at that moment I realized our roles had been reversed. I had always looked to him to solve all the problems & now he looks to me to take care of this one.

What do you do when you’ve reached crossroads in your life? Do you go left or right? It’s time to make a crucial decision that may or may not have life changing consequences.

You need to trust in your instinct. I think we all know deep down inside what the right thing is. We face conflict when the right thing doesn’t feel good but we ultimately know it is the right thing to do. Like walking away from a bad relationship no matter how much time you’ve invested, making a decision when a loved one is ill, or telling a friend a truth that they may not want to hear. If you know deep down inside your decision is made with the best intentions & good faith then you have to trust yourself.

How about new experiences that come into your life that you’re unsure of when you’re so used to the old and familiar. You’re fearful of the unknown so you proceed with caution. That’s ok cause we’re all human. I think the same concept applies. Trust your instinct & go forward with good intentions in your heart. It’s better to have tried & failed than have regret for not trying later on.

Take a deep breath & go with it.

Well not to sound so cold or heartless but it’s true. If there is a predicament…whatever the situation may be what good does it do worrying about something? Be proactive and do something about it.  “It is what it is” means that it’s already happened right? So what can you do to change it? Can you do something to improve the outcome of what has already happened or can you improve your reaction to the outcome? Are your actions going to change anything? Can your actions make things worse? Whether good or bad, can you learn something from the situation & let it make you stronger & wiser?

It’s something to think about…….

What makes you strong? I don’t mean physically, I mean all that emotional yucky stuff?

It’s so easy to fall apart in situations where things seem so hopeless & it’s ok to have a moment….but let it just be a moment because if it’s anything more you’re wasting time.

It’s exactly one year ago today my oldest son got diagnosed with Cancer at the age of 24. That was the darkest moment of my life. I remember when he called me, I remained calm on the phone (he lived out of state at the time) & I told him I would go out there and we would figure it out. After we hung up, I dropped to my knees & curled up like a baby and sobbed for 1/2hr.

It’s been a rollercoaster of emotions since then but I can definitely say I’ve grown stronger. I refused to let him or any of my other children see me fall apart. I always keep a smile on my face & let him know that he will not go through this alone and he hasn’t. I remember on one of his MANY hospital admissions he was in pretty bad shape. He looked at me and told me “You know I’m gonna die right” and without missing a beat I told him ” We’re all gonna die, tomorrow is not promised to any of us and you have to make the best of each day.” He was discharged from the hospital 2 weeks later & has been making the most of his life. He’s been traveling with his friends and still working his dream job streaming for Smite Games.

It’s something I think about a lot ever since his diagnosis….Tomorrow is not promised to any of us….make the most of each day cause you never know. That thought alone….that’s what keeps me strong. 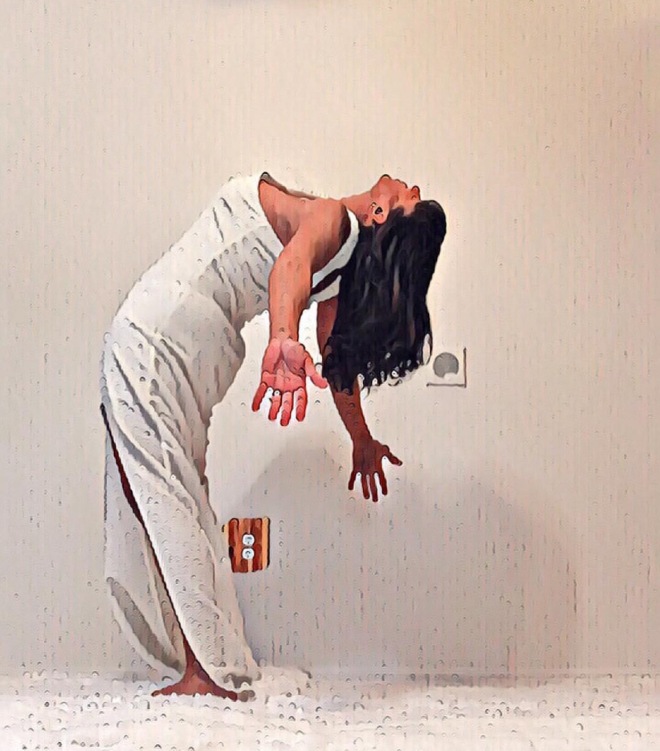 I first started Yoga in May 2014 because it was advised by my therapist (at that time) to find a physical hobby to help channel my anxiety & depression. I found when I was busy I didn’t have time to dwell on things that weren’t going right in my life. I was already Hiking which helped so I then began to dabble in Yoga. Yoga kept me occupied at first then slowly turned into a passion. Over time, without realizing it, I let go of the anger & bitterness and focused more on the things that made me happy rather than on the things that didn’t.

It took me a few years to realize that if I maintain my focus on all the good in my life it will overshadow the not-so-good. Life is not perfect & didn’t come with any guarantees. Everyone experiences pitfalls and setbacks but it’s your reaction to these situations that make all the difference in the world. You can choose to remain bitter & angry but where will that get you? Not too far. I chose to re-focus my energy in the good and let the good overshadow the not-so-good. Only you have the power to respond to each situation accordingly. Will you allow it to control you or will you control it?

You are in control of your own destiny!